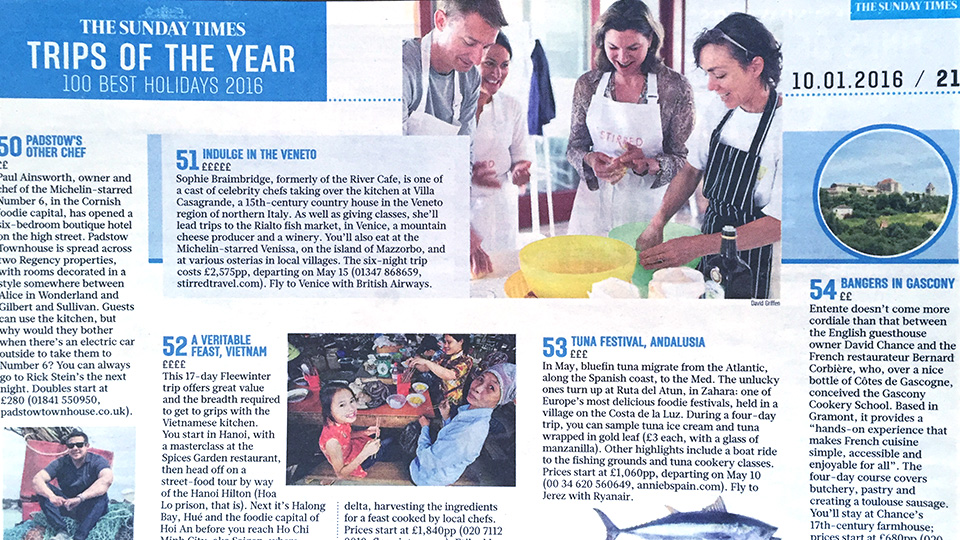 I was recently featured in the Sunday Times' 100 Best Holidays of the Year 2016 piece.

Indulge in the Veneto

Sophie Braimbridge, formerly of the River Café, is one of a cast of celebritychefs taking over the kitchen at Villa Casagrande,  a 15th-century country house in the Veneto region of northern Italy. As well as giving classes, she'll lead trips to the Rialto fish market, in Venice, a mountain cheese producer and a winery. You'll also eat at the Michellin-starred Venissa, on the island of Mazzorbo, and at various osterias in local villages. The six-night trip costs £2,575pp, departing on May 15. Fly to Venice with British Airways.

Written by Sophie Braimbridge on 12 January 2016. Posted in Blog

Send Message: Contact Form
Email: This email address is being protected from spambots. You need JavaScript enabled to view it.
Website: cookerycube.com